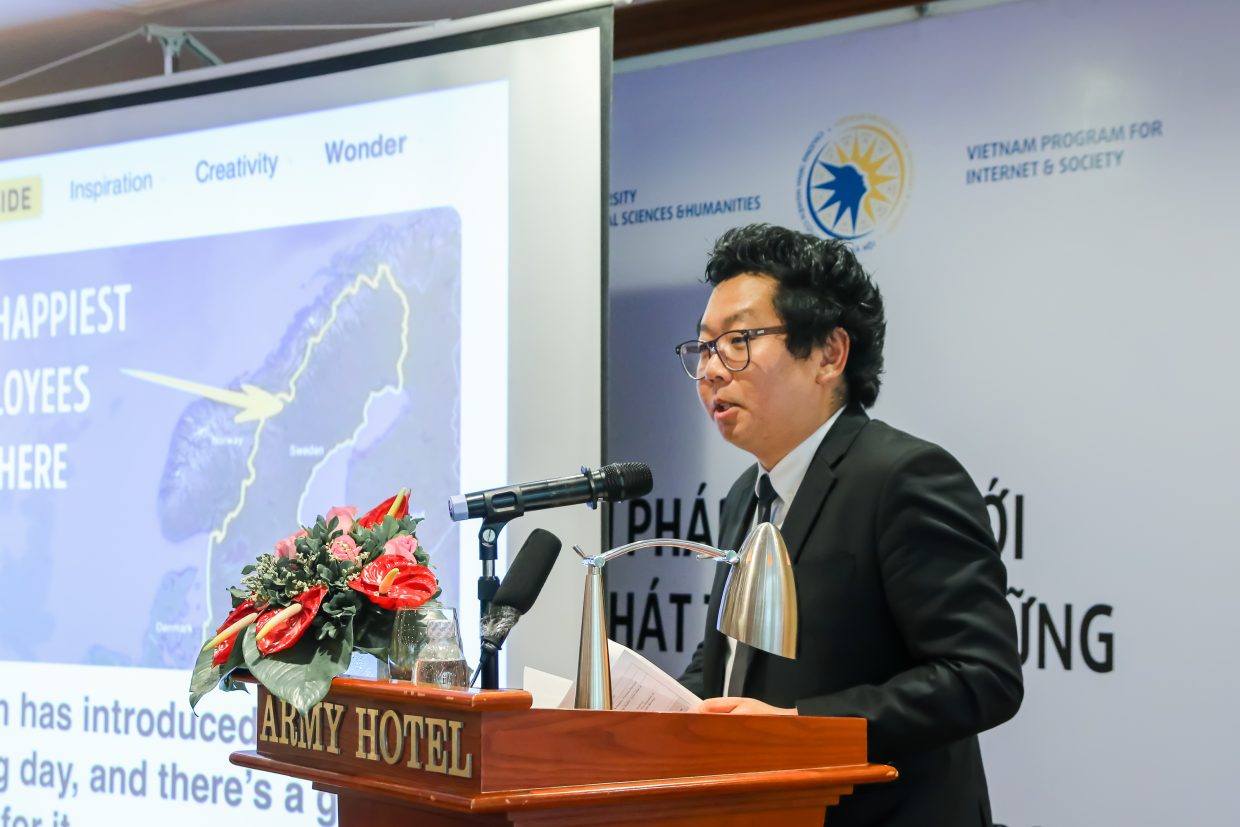 Andreas Mattsson often does public and non-public lectures. One part of his job as program director at the School of Journalism is to do research and share insights and arrange, workshops about the changing media landscape, digital challenges, and online ethics. He always adjusts the content of the lecture to the target group that could be a wide range between scholars, journalists, students, or basically anyone.

Sometimes he also hosts or participates in panel talks and debates

Previously, he has also participated in sessions about foreign reporting in conflict areas (Association for Foreign Affairs, Lund) and about migration and integration during the Almedal Week in 2014 (Red Cross, Sweden).

On several occasions, he has lectured about the growing digital media landscape in India and Vietnam for diverse audiences in Sweden.

Likewise, he has also lectured about different aspects of the Swedish media landscape at several events in India and Vietnam. Among them celebration of the national press day in India (University of Kerala, 2013) and several visits to the University of Social Sciences and Humanities in Ho Chi Minh City and the Academy of Journalism and Communication in Hanoi. In December 2016, he lectured together with his colleague Ola Isaksson at RMIT University in Ho Chi Minh City about media and innovations.

During 2013 and 2014 he was a lecturer and mentor for the participants at the master program Social Innovation in a Digital Context (SIDC) carried out by Lund University Internet Institute and financed by the Swedish Institute (SI). In 2015 he lectured together with Ola Isaksson at the SI-financed master program Summer Academy of Young Professionals.

Do not hesitate to contact Andreas if you want to know more or discuss an event. Besides being a lecturer, Andreas is a well-experienced coordinator in various locations and venues in Lund, Malmö, New Delhi, Mumbai and Hanoi.