Andreas Mattsson is a Lecturer and Program Director at the School of Journalism at the Department of Communication and Media, Lund University. He is also a doctoral student at the Faculty of Social Sciences at the University of Helsinki and an affiliated researcher at the Swedish South Asian Studies Network (SASNET) at Lund University. He has conducted research and teaching about journalism practice and digital technology from a comparative international perspective.

Besides his university assignments, he works as a freelance journalist for various Swedish and Nordic newspapers and magazines. In 2014 he was awarded an honor award from the Swedish Red Cross for his reporting about boat refugees arriving in Sweden during the early ’90s. 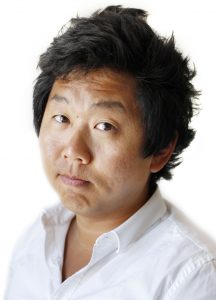 His main research area is at the intersection of journalism practice, digital technology, and governance from a comparative international perspective. His ongoing PhD-work is about the informal decision-making that takes place inside newsroom organizations and how informal structures affect daily work with news.

From 2007 until 2012 he worked as an online editor at the regional newspaper Sydsvenskan in Malmö. In 2012 he studied the growth of online journalism in Vietnam as part of a research scholarship from Peter Melin Memorial Fund. In 2015 he received research grants from Journalistfonden to study the growth of digital media platforms in India.